Showing posts from April, 2017
Show all

First They Came For

April 16, 2017
Meri Keemat Revisited ( My Value) This is the first poem I shared on this blog on 30th August 2012. I don't know why by I felt sharing it today. Maybe because I have more readers now than I have on those days. It's a bilingual poem expressing feelings of poet who is feeling dejected as world didn't value him even when he was of the character set by society as the superior. Like today then also I didn't care what others think but its just expressions of a sad person. Experienced earned in the course of time has helped it made better.  मेरी कीमत अगर पूछो ज़माने के बाज़ारों में, तेरी क़दमों की खाक भी बिकेगी मुझसे बेहतर ही।   Meri Keemat Agar Pucho Zamane Ke Bazaron Mein, Teri Kadmon Ki Khaak Bhi Bikegi Mujhse Behtar Hi. If you ask my value in markets of the world, Dust of your foot better than me will be sold. भलाई, सच्चाई ,प्यार का कोई मोल क्या होगा, यह वोह दौलत है जो रख्खें हैं कुछ मुझसे ही।  Bhalai,Sachchai,Pyaar Ka Koi Mol Kya Hoga, Ye Wo D
3 comments
Read more

Promote Your Page Too 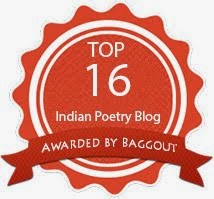 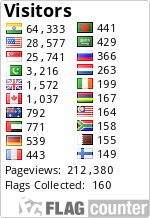 Lamhat(moments) by cifar is licensed under a Creative Commons Attribution-NonCommercial-NoDerivs 3.0 Unported License.